TVS DSG software always focuses on the overall driving experience. Therefore our goal is always to increase the gearbox capacity and performance to the maximum without sacrificing reliability or drivability.

There are several DSG models available on the market. Select one of the models below to read more about services and products TVS Engineering offers or specific common problems and fault codes.

For all VAG DSG models we have unique tuning options available per stage. 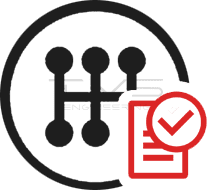 The main goal to reactivate the first gear is to reduce clutch slip resulting in less heat generation and clutch wear. For wet clutch applications shifting sooner to second gear might solve drivability issues. TVS always uses the best strategy for every application!

Clutch cooling is improved by increasing the oil flow. This will reduce the possibility of clutch overheating and material deformation.

Improved thermomanagement will ensure that the transmission is always operating in the correct temperature range and warns the driver in case the DSG reaches critical temperatures.

Torque limiters need to be raised to utilize maximum potential performance of tuned engines. This also ensures the TCU can operate correctly at higher torque levels and calculations are not limited. 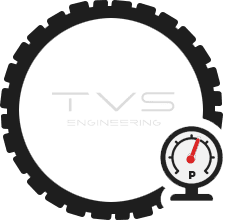 Within normal operation range and under steady conditions, clutch oil pressures can be assumed proportional to clutch torque handlings. So to handle more torque, more pressure is needed! 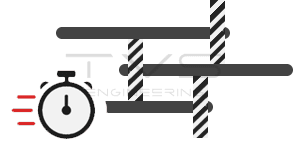 DSG torque reductions are mainly used to synchronize both clutches after shifting, therefore perfect timing is key for ultra fast and smooth shifting! 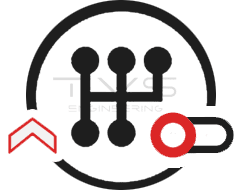 Auto up- and downshift deactivation in Manual

Unique racing mode without torque reduction during shifting. All available power will be used for acceleration and no power will be interrupted during shifting which helps to shave off the last tens of a seconds! (*Increased vehicle wear, only recommended for racing applications).

Quicker launch times due to reduced take off delay. More responsive launches after releasing the brake pedal without any more factory delays. 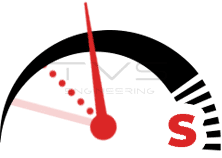 Accelerator pedal dependent launch modes which allow the driver to adjust LC RPM, clutch engagement and power to match any situation and conditions. 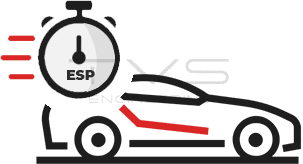 LC with ESP ON activation 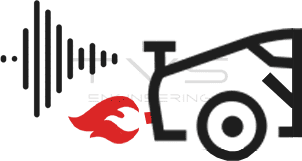 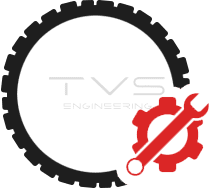 Factory coasting can be enabled or disabled for basically any DSG application.

Nowadays TVS Engineering offers a full range of DSG software products and is able to offer suitable software solutions for every VAG application. Ranging from drivability and life extender upgrades to fully customizable performance tunes with unique features. TVS DSG software solutions are divided into five categories to support the whole vehicle range: from drivability upgrades for stock vehicles up to Stage 4 tunes for high performance vehicles and motorsport applications.

TVS Drivability & Life extender software is a recommendable upgrade for almost all VAG DSG transmissions. These days shifting strategies are mainly focused on lowering emissions and fuel consumption which has often an adverse effect on the drivability, durability and reliability of your DSG gearbox. In addition there are a lot of known DSG drivability and durability issues from factory which could be solved with TVS Drivability & Life extender software!

TVS DSG Stage I software is a low budget solution which only includes raising necessary torque limiters and is especially suitable for really mild tuned vehicles. For most tuned vehicles additional software modifications are needed to achieve sufficient clutch pressures and/or unlock the vehicles full potential!

TVS DSG Stage II software is the first real step into increasing your gearbox performance! It consists of various necessary software modifications for tuned vehicles improving your vehicle’s performance during launching, acceleration and up- and downshifting! This tune mainly focuses on performance, drivability & life-extender features are NOT included!

TVS DSG Stage II+ software is the best priced all-in-one package for your DSG transmission! It does include all drivability & life extender features, necessary performance modifications for tuned vehicles and additional options as well!

TVS DSG Stage IV are custom made software solutions for TVS or aftermarket DSG (race) hardware like upgrade race clutches and gearbox conversions. This Stage will include all Stage III features along with custom unique features as racing clutch calibrations, custom gearset calibrations, unique racing features and conversion solutions. We always recommend the use of TVS DSG performance hardware, so TVS can assure accurate characteristic calibrations resulting in perfectly matching hardware and software!

Use the vehicle selector to discover which services and products TVS offers for your vehicle!

Most tuning companies still claim that DSG software upgrades are not needed for tuned vehicles. Often tricks are being used to disable DSG torque intervention commands or engine torque calculations are manipulated to stay within factory margins and avoid DSG torque limitations. All these types of incorrect ECU adjustments along with stock DSG software will in almost any case result in:

The explanation is simple: the functioning of the DSG transmission strongly depends on real-time engine running parameters received through the CAN bus. Without receiving correct data from the engine, the transmission control unit (TCU) initial calculations will be incorrect (or limited) resulting in serious problems.

Initially no issues might be noticed, but after a period of learning incorrect adaption values and increased wear (due to increased slip) the clutch will breakdown. Besides all the risks of excessive wear and breakdown, the DSG needs to be reprogrammed to perfectly match the new engine characteristics. In other words matching shifting strategies, modified shifting speeds and increased torque capacity and oil pressures will be needed to fully utilize the vehicles performance potential!

So YES, after tuning an engine, the DSG software have to be reprogrammed as well! 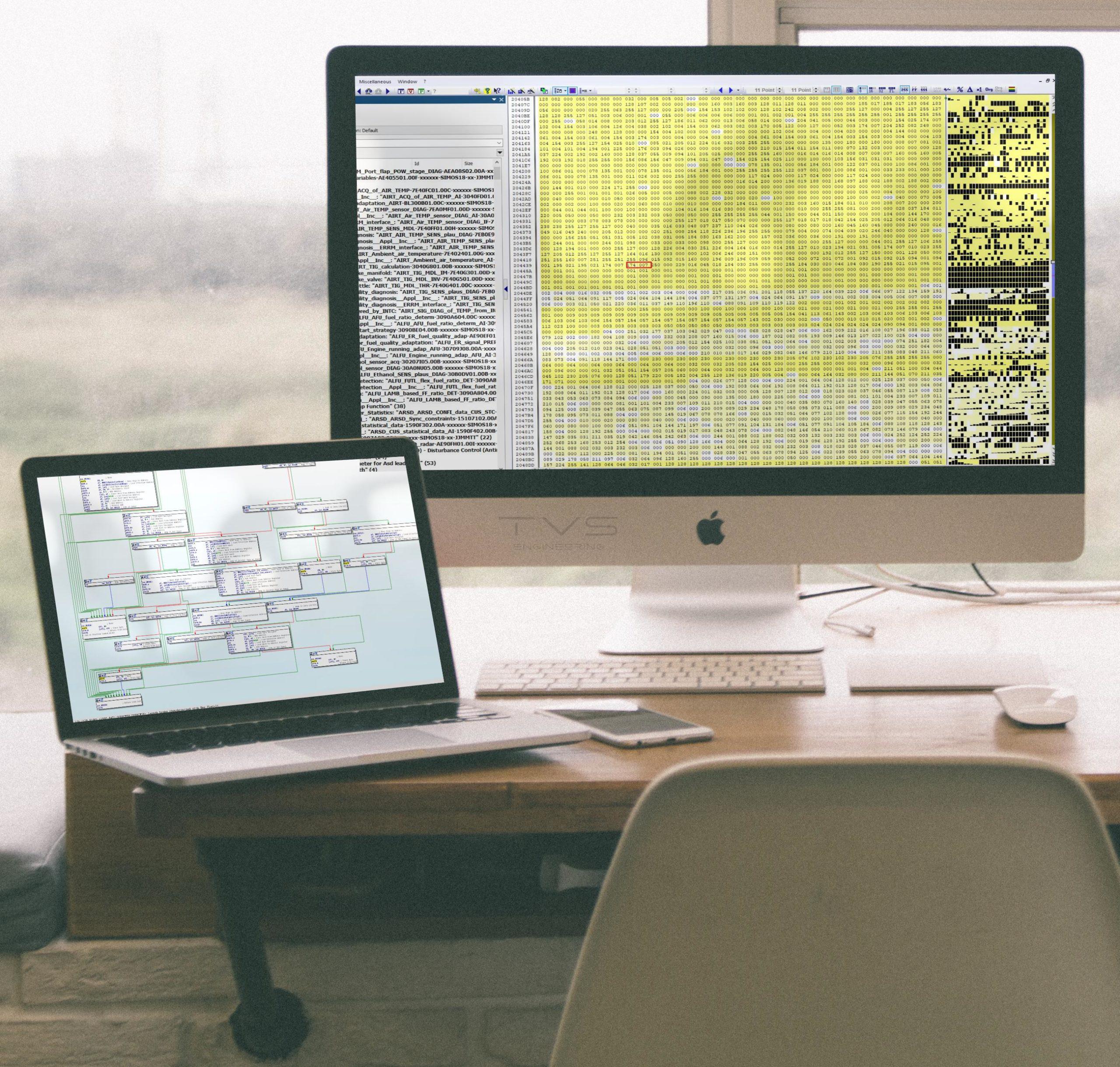 TVS DSG software upgrades are certainly not only needed for tuned vehicles. Basically all VAG DSG transmissions will strongly benefit from a TVS Drivability upgrade which truly transforms the performance of a vehicle and even massively increases the drivetrain lifespan due reduced flywheel, clutch and gearbox wear! Certain models need special attention, some of them are listed below:

So YES, also stock vehicles will benefit hugely from TVS DSG software. Don’t wait until problems start occurring, but upgrade your DSG software as soon as possible to eliminate excessive wear and massively reduce the risk of failure.

No DSG software "Update" / Modifcations, but

TVS always offers full software solutions instead of only modifying some basic DSG calibrations. Besides optimizing, rescaling and adjusting hundreds of maps and variables, based on our over 15 years of DSG experience and knowledge, TVS adds or modifies TCU routines to unlock the TCU’s full potential. This cannot be compared to TCU software updates from the manufacturer or other aftermarket brands.

TVS DSG software upgrades are unique and one of a kind products which can be easily recognized by TVS unique boxcodes and initials within the software identification info. Factory calibrations are always stored in our database and can be restored at any stage. 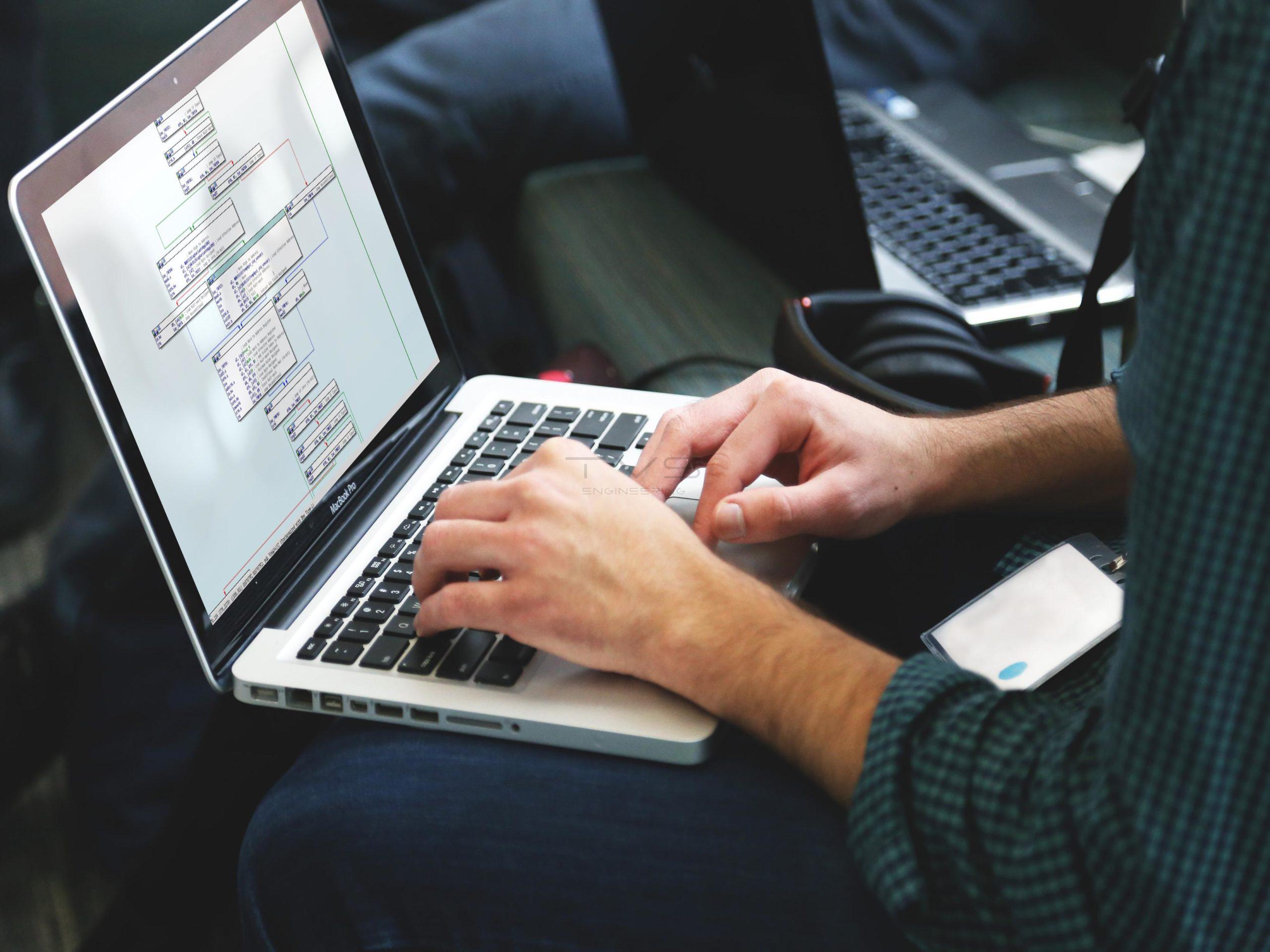 These prices are valid for TVS Engineering/DSG Dokter in the Netherlands. Contact your local Dealer for the prices in your region.

Do you have a question? Or do you want to make an appointment? Please feel free to contact us via: 0315-230 584, send an email to info@tvsengineering.nl or use the contact form below.